Mansard House: the spectacular garden that doubles as a plant lab for a Chelsea gold medalist

It’s About Time column: The pleasure of teaching young minds about history

From Madagascar to Durham: Duke researchers share the joys, the obstacles of studying lemurs

This content contains affiliate links. When you purchase through these links, we may earn an affiliate commission.

I have always enjoyed reading myths and folk tales. As a child, I devoured Greek mythology, even pointing out all the gods and goddesses when we visited my parents’ Greek friends. The Clash of the Titans was one of my favorite movies in all its stop motion glory. Then I discovered Norse mythology and the vast wonderful world of folk tales. But the older I got, the more I realized how problematic many stories were. When I read how Medusa became the monster we know today… boy, I was mad.

Fortunately, we are witnessing a wonderful resurgence of popular myth and folk tale tales. I’m up for anything Madeline Miller writes; Circe is definitely one of my favorite books. And with that, I see more folk tales from around the world being retold and adapted. For me, I am truly thrilled to see the plethora of Jewish folk tales and stories finding new life with a new purpose. Sometimes the story is not of Jewish origin but has a Jewish twist. Here is a selection of eight books that tell Jewish folk tales and more, some published in recent years while a few are due to be published in the near to medium future. Books come in all forms, including prose, poetry, and graphic novels.

My only caveat is that many stories are based on the Ashkenazi Diaspora; it would be nice to see more Jewish folk tales told from Sephardic and other Jewish traditions. But I hope this genre is just beginning.

Drawing on Jewish stories, tropes and more, Schanoes’ short story book tells stories of women facing dire circumstances with a touch of the fantastical. A notable story is that of Emma Goldman having tea with Baba Yaga. It’s a conversation I didn’t know I needed. But readers beware! These are not your grandmother’s tales; Schanoes takes readers on a wild and eerie journey through these reimaginings. 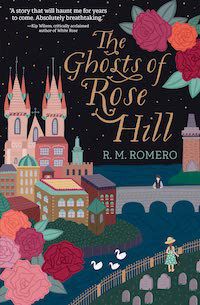 For many visitors to Prague, Czech Republic, the Jewish Cemetery is a must-see destination. It’s amazing to think that such a small piece of land can hold so much history (and frankly so many people). While so many Jewish institutions in Europe have been destroyed over the centuries, sometimes only Jewish cemeteries remain. And even with time and the lack of local Jewish population, these are disappearing. This story focuses on Ilana Lopez, a mixed-race Jewish girl who is very good at the violin, who discovers an abandoned Jewish cemetery while visiting her aunt in Prague. She bumps into a dead man named Benjamin who ends up showing her the other side of Prague. But Lopez also meets a shadowless man, named Rudolph Wasserman, who wants to make a deal with Lopez to give her the life she wants. But it’s still important to make sure you read the fine print before agreeing to a deal. 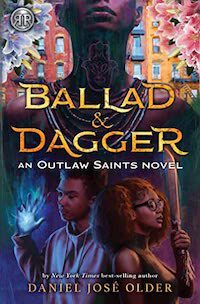 Take a hint of the history of Atlantis (but in the Caribbean) and the Jewish Diaspora, and we have a great new YA series. After the sinking of San Madrigal, the survivors founded their own community in Brooklyn. Although high school student Mateo Matisse is originally from San Madrigal, he focuses more on his piano and participates in La Grande Fête, San Madrigal’s grand celebration of Sephardic Judaism, Cuban Santeria and pirate legacies. When Mateo witnesses a shocking murder, he realizes there are dark secrets behind San Madrigal. He learns himself that he has power and must find a way to bring the killer to justice and understand his past. 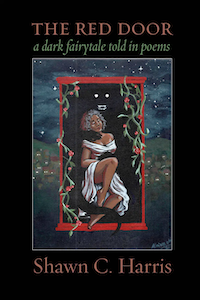 I pre-ordered and am very excited about this upcoming poetry book. Its catchphrase is “a dark fairy tale told in poems”. There are 54 poems for the number of Torah selections. Each poem intertwines Jewish prayers, rituality, modern life, racial identity and much more. The book’s description has the marvelous starting line: “The story begins at a Jewish burial.”

Subscribe to Unusual Suspects to receive news and recommendations for mystery/thriller readers.

Thank you for signing up! Keep an eye on your inbox.

By signing up, you agree to our terms of use 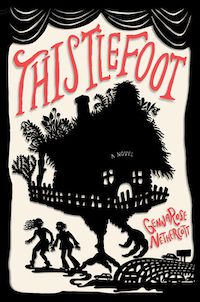 So I was inspired to write this list of Jewish folktale stories because of this forthcoming book. Basically imagine the story of Baba Yaga with a very Jewish twist. The Yaga siblings haven’t seen each other since the eldest, Isaac, ran away from their puppeteer parents. But when they learn that a distant relative has left them an inheritance that they must collect from the dock, neither expects to receive a house with chicken legs. Both siblings see potential in the house. Bellantine, Isaac’s sister who is a carpenter with a dark magical secret, finds peace and serenity in the house. Isaac, a trickster who can transform his body at will, sees dollar signs. They embark on a year-long puppet show across America. But the house is not the only thing coming from Europe. A man known as the Longshadow Man stalks the house, destroying anyone they encounter along the way. The reason for the house and the villain lies in the origins of the family in a Russian shtetl. It’s a beautiful piece of work that weaves together the contemporary world and Jewish stories to explore intergenerational trauma. 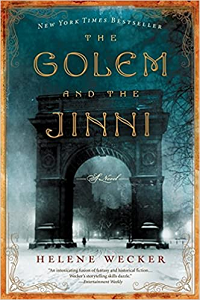 The Golem and the Jinni by Helene Wecker

The title says it all. The golem is a creature made of mud or clay that is awakened by a Jewish prayer that was made to protect the Jewish people of Prague. In The Golem and the Jinni, a rabbi makes golem Chava the wife of a man traveling in the United States. But when this man dies on the trip, Chava must figure out what to do in 19th century New York. Likewise, Ahmad, a jinn, is also accidentally released in New York. When these magical beings reunite, they develop a friendship as they face a brave new world. There are two books in this series so far. 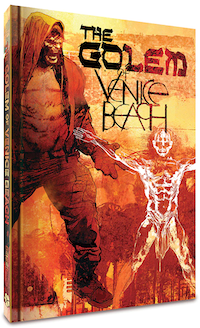 Here’s another one I really can’t wait to read. It’s a graphic novel via Kickstarter from Clover Press and I can’t wait to get my hands on a copy. The comic explores the life of the Golem through its 400 years of existence, from 16th century Europe to Venice Beach, California. Fabulous comic artists including Bill Sienkiewicz (of Moon Knight) and Jae Lee (The Inhumans) have contributed to this new Golem story. 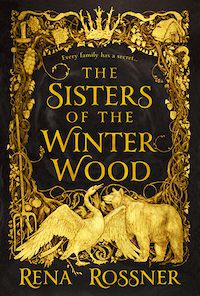 The Sisters of Winterwood by Rena Rossner

The Liba and Laya sisters have known only their very small village and their house in the forest, spared by the pogroms elsewhere. But things start to change when their parents have to see their grandfather dying at short notice, leaving them to blame. But Liba and Laya soon learn that fairy tales can actually be real — Liba can turn into a bear and Laya into a swan — but that means evil in fairy tales can also be real. When mysterious men arrive in the village, Liba realizes that her sister may be under their spell. Also, Liba’s chapters are all in prose while Laya speaks in poetry.

Next The Fixers of Anything at Duke

Ministry links growth in zakat collection with use of technology