Jay Blades on Dyslexia, Kindness and Giving Back to Your Community

Residents call on holiday firms and councils for ‘truth and transparency’

Catharine Howard visits the gardens of Mansard House in Bardwell, Suffolk, the home of award-winning garden designer Tom Hoblyn and his wife Mary, who use it as a plant laboratory. Photographs by Richard Bloom.

Tom and Mary Hoblyn bought Mansard House 18 years ago when they fell in love with the Dutch brick gable house and its dilapidated grounds. The grand 17th century building sits on a slight hill with its back to the pretty, prosperous village of Bardwell, looking out to the water meadows beyond. This is deepest Suffolk and the view opens out over a marsh with large stands of century-old coppiced alder.

The Hoblyns’ 2½ acres were a field of brambles and weeds. To begin with, they established formal areas near the house, including a black-lined swimming pool backed by a peach semicircle, a camassia meadow, and a walled vegetable garden. There is a new Mediterranean garden, still under construction, and an iris garden in homage to Monet’s garden at Giverny in France.

From the top of the plot, the gently sloping land flows down to hug a tributary of the Black Bourn, with the farthest and lowest area gradually narrowing to a cathedral avenue of willows, which bend and curve voluntarily detach. hikers such as Pink ‘Alberic Barbier’ and R ‘Bobbie James’ has been planted against some of them and is now ready to move up to 30 feet or more. This is the laboratory in which the plants are tested under extreme conditions for future use in customer projects. It is an intensely aquatic place, prone to winter flooding.

Two things are remarkable in their absence: the first being real borders. Mr. Hoblyn is in the unusual position of also looking after another 7½ acres that border his land: planting trees for his neighbor on the right side and being the curator of the savagery of the water meadows on the left. This wide, marshy sight, bristling with sedges and resembling the coat of a rough Border terrier, is left to its own devices. He is delighted that these neighbors work for the National Trust and, thanks to their good practices, gradually more and more moths, dragonflies and birds appear. 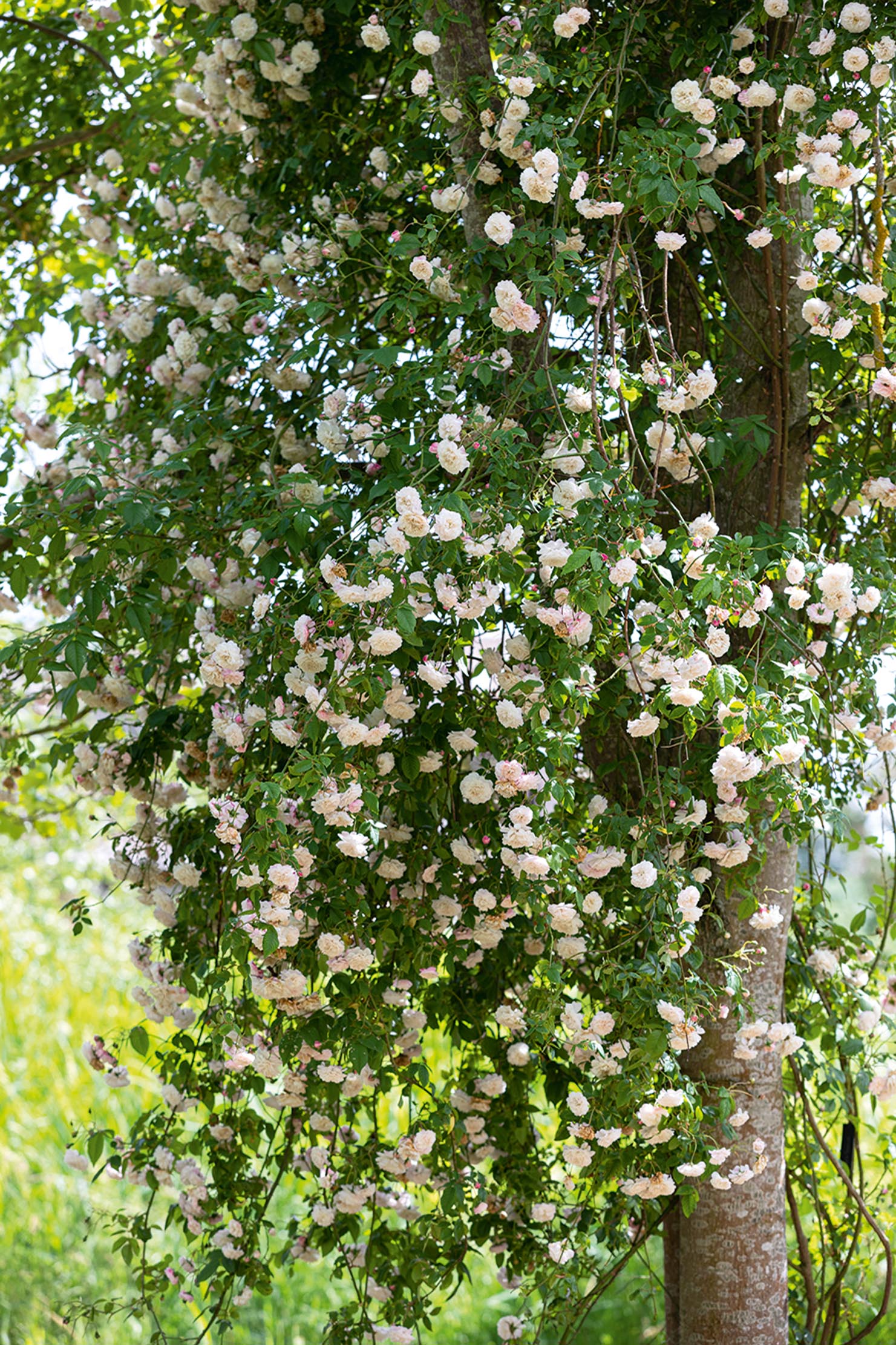 It also lacks a design blueprint or formal drawing. Although Mr Hoblyn has said he regrets not having created one, he is interested in the garden as an evolving experience. He studies plants that will survive in the border, that require less maintenance and are able to cope with a changing climate.

Being from the West Country, Mr Hoblyn fully embraced the idea of ​​a garden that wouldn’t go dry in the summer – indeed, he relishes the chance to test the plants against winter flooding. He is a man to take up the gauntlet. 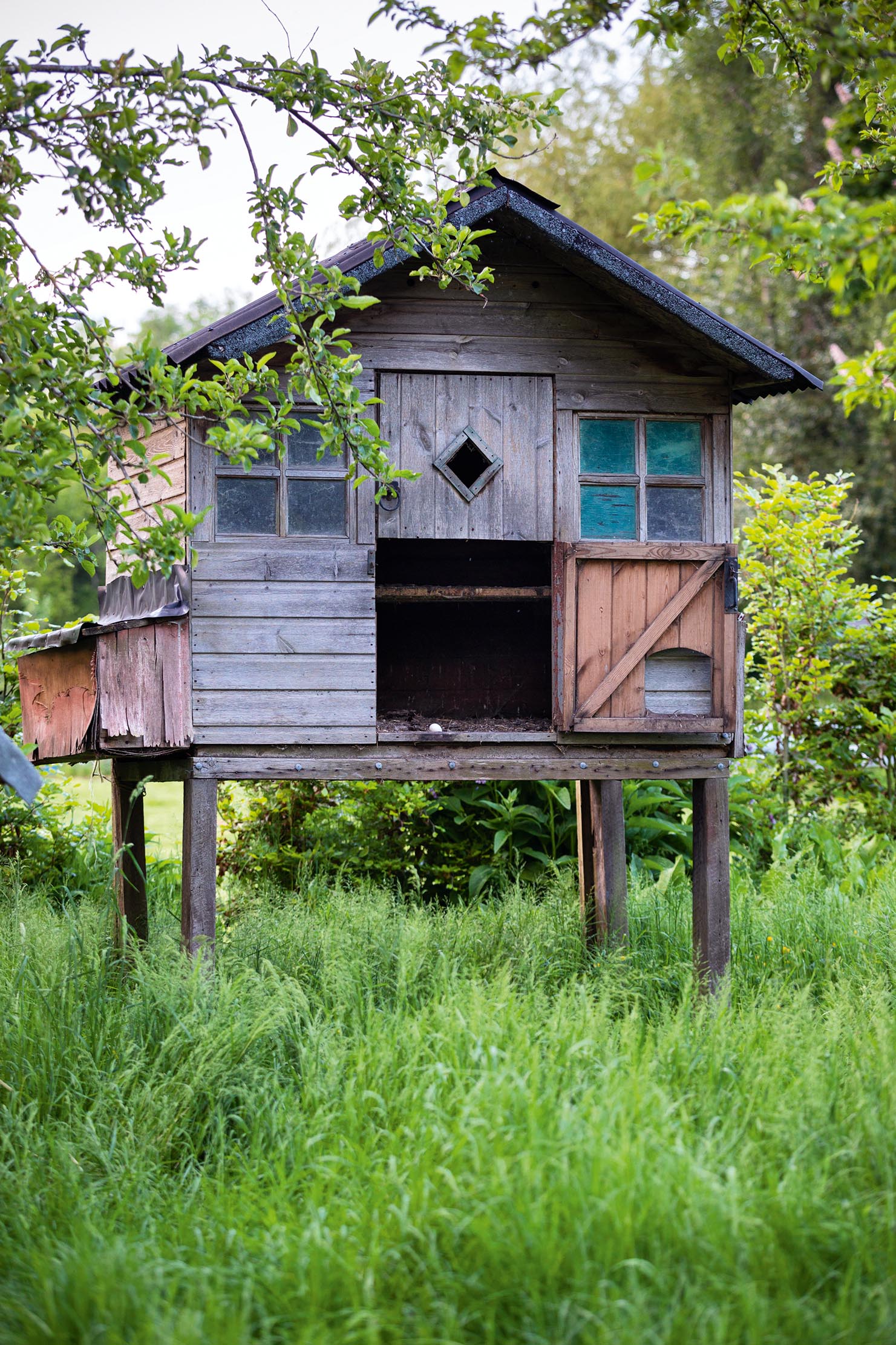 In the late 1990s, while working as a head gardener in Devon, he applied for a place on the Kew Diploma, a three-year course which accepts just 15 participants a year. His employer tried to dissuade him by telling him: “You will never enter”. He did, and after graduating worked for landscaper Christopher Bradley-Hole in North London, doing garden makeovers in the leafy streets of Chalk Farm. It wasn’t long before he left town and opened his own practice.

There were several significant influences that had left their impressions on the young gardener. He had been a frequent visitor to an aunt and uncle who were developing a large garden around their home in the South Hams in Devon. “At first, the conservatory had vipers,” he recalls. “They banished them and made huge grassy terraces. Later they got tired and old and nature and the vipers came back”, he concludes with a certain relish. 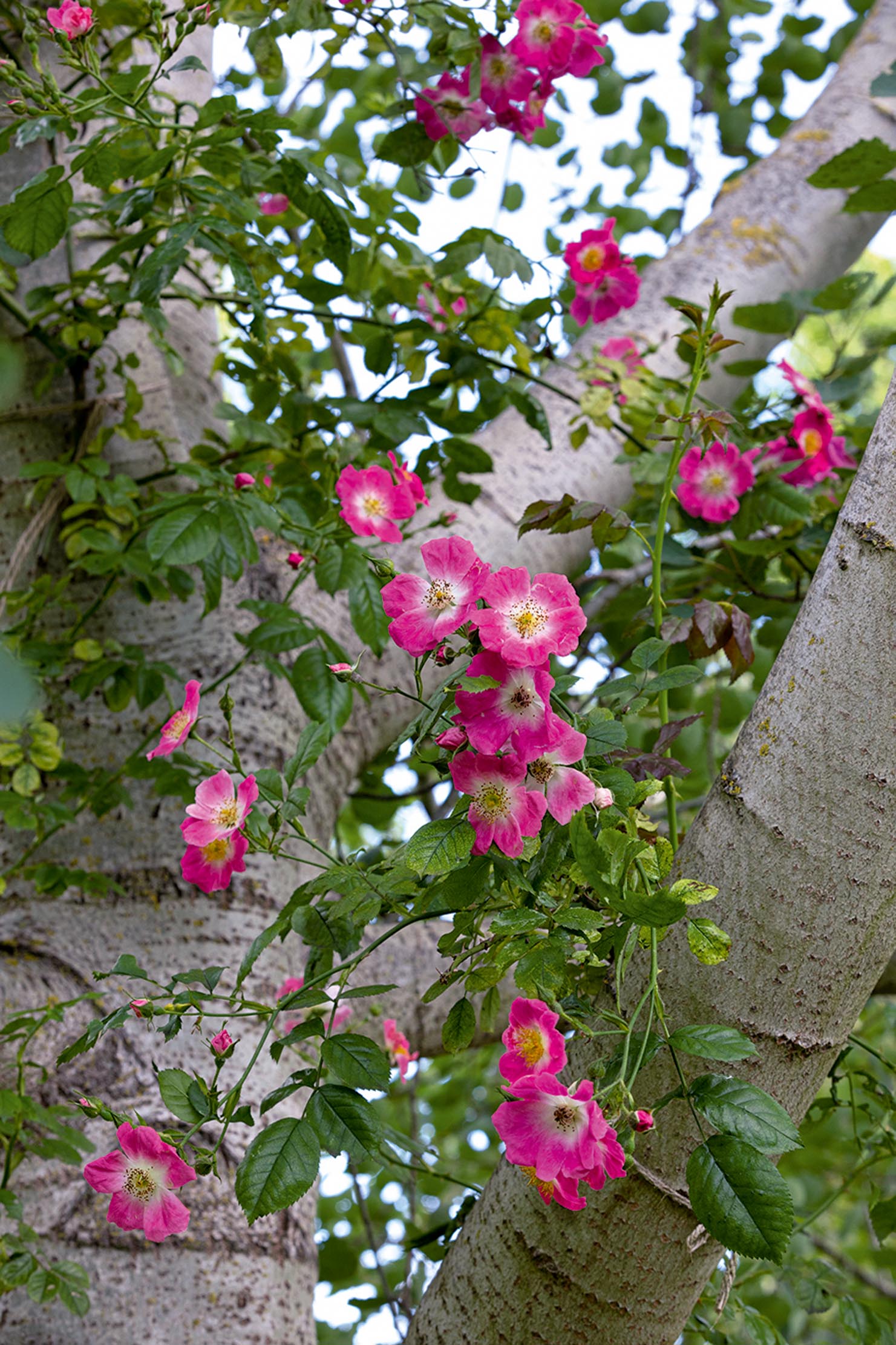 The other was his grandfather TN Hoblyn, a field recorder at the East Malling Research Station who, as a statistician, worked rigorously on the selection of disease-resistant and consistent fruit tree rootstocks and received an OBE. His 1973 obituary tells us “that he regarded technique as the rather humble servant of experimentation.”

Moving from formality close to home to the world of water, Mr. Hoblyn makes elegant use of space with enough areas of quiet lawn or meadow to give a sense of pause and contemplation. He knows how fascinating intervention in the landscape is. The homage to Giverny has a seductively curved bridge built by him (he is also a secret cabinetmaker) reached by an avenue of prunus ‘Shirotae’, the small early growing cherry.

It walks through a long pair of beds co-planted with irises and peonies, with, towards the shaded end, Paeonia rockii, who is huge and papery with a smoky face. Subtle creams and yellows were favored for the herbaceous peonies towards the sunny edges: Paeonia ‘Claire de Lune’ is a beautiful hybrid with half-mlokosewitschii parentage and P. ‘Mary E. Nicholls’ is a flour bomb in full flight. 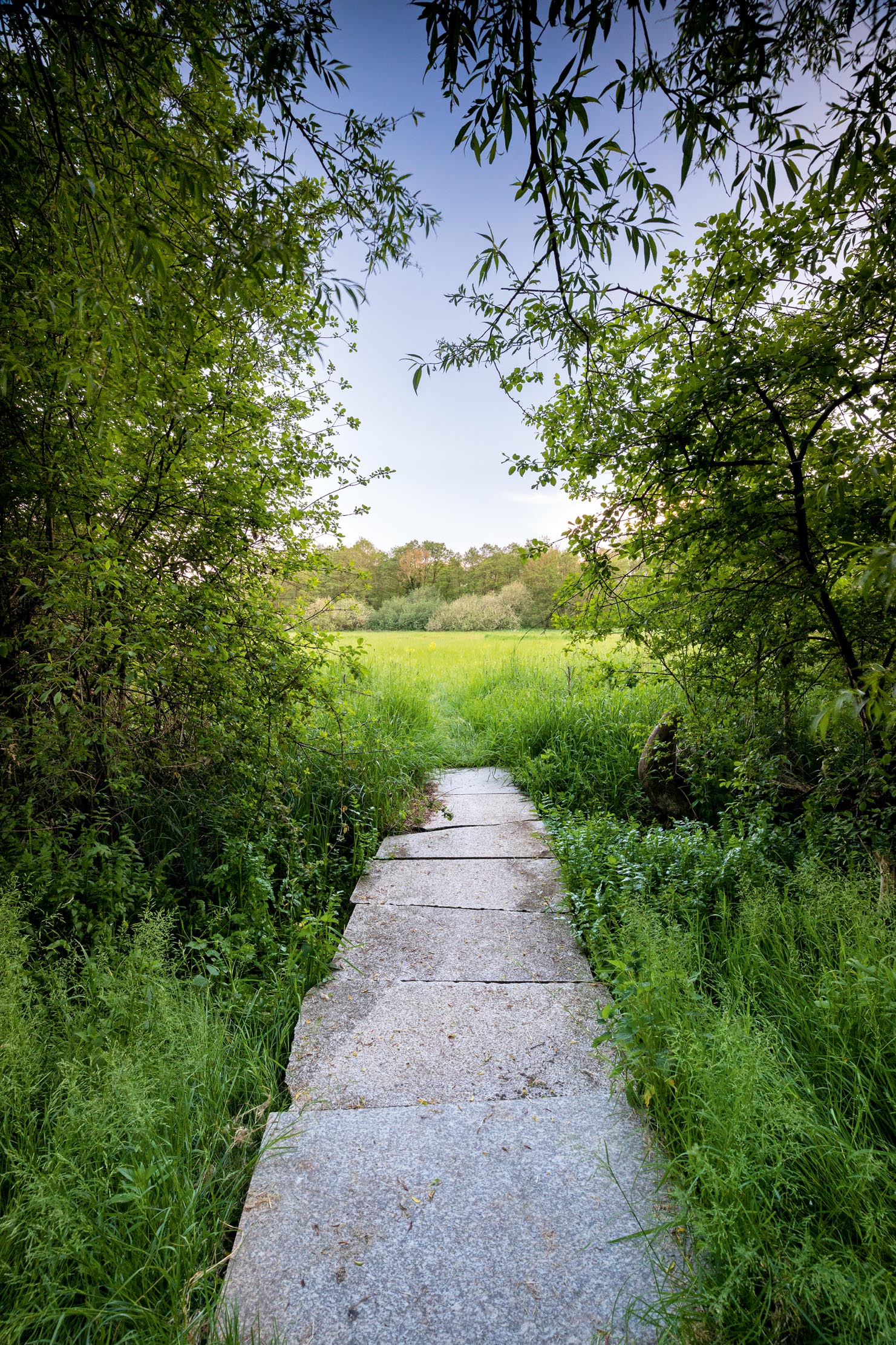 Stone paving bridge from the wooded area of ​​garden designer Thomas Hoblyn’s own garden to the nearby wet meadows that Tom manages in Suffolk. ©Richard Bloom

Two types of irises — Iris ‘Benton Lorna’ and I. ‘Benton Dierdre’ – were picked for their exact heights, flowering times and because they have matching colors. Mr. Hoblyn is very interested in the work of Olivier Filippi, a specialist in Mediterranean plants with a nursery near Montpellier in France. The plants he selects are xerophytes, tolerant to drought. Back home on the east side, Mr Hoblyn is experimenting in the sheltered sunny space and the ground has been prepared and topped with 8 inches of red sand from the local Snetterton quarry. Plants are grown hard, roots washed before planting, includingYarrow tomentosaits feathery foliage sturdy enough to be walked on, and pithyus spurge ‘Grey Hedgehog’, persistent and glaucous. The choices were made to adapt to the escalation of summer temperatures.

The garden at Mansard House shows a lover of trying new plants and new ideas, a follower of savagery, and a plant man dabbling around the outer edge to test plants to see what they can endure. For Mr. Hoblyn, it’s always an experiment.

Learn more about Tom Hoblyn’s work on his website 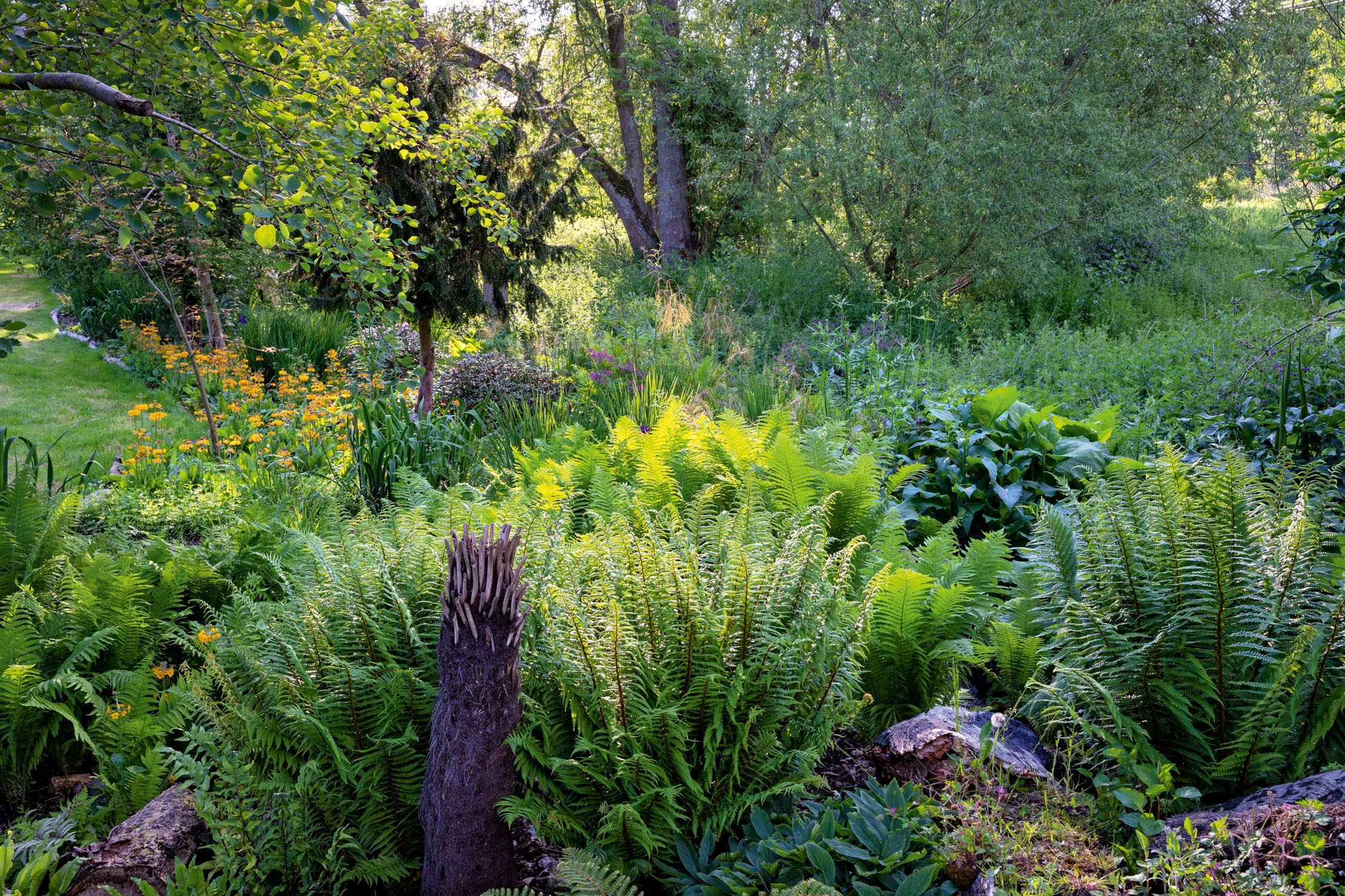 Plants tested in the wettest part of the garden include ferns, Rheum palmatum and Petasites japonicus var. giganteus. The orange flowers are Primula bullyana. ©Richard Bloom

The real best in show? Sarah Eberle’s ‘Building the Future’ garden won a gold medal, but should it have won the highest honor? Credit: Andrew Sydenham for Country Life

‘A hodgepodge of rewilding and beaver dams’ has won best show at the RHS Chelsea Flower Show 2022, and Charles is despairing

How to install mortarless stone veneer in your home

Wetmore postman, 85, plans to retire after four decades of service